Since the coronavirus pandemic started, clinical trial recruitment and enrollment is down 40-60% across therapeutic areas. As the quarantine period ends, we are left with many questions about how to safely move forward with research, especially for patients suffering from serious, life-threatening diseases that might increase their risk of dying from COVID-19. This session will bring together the experts who sponsor, conduct, staff, and recruit clinical trials to discuss the challenges and potential solutions that will enable continued access to novel, life-saving medications for patients around the world. 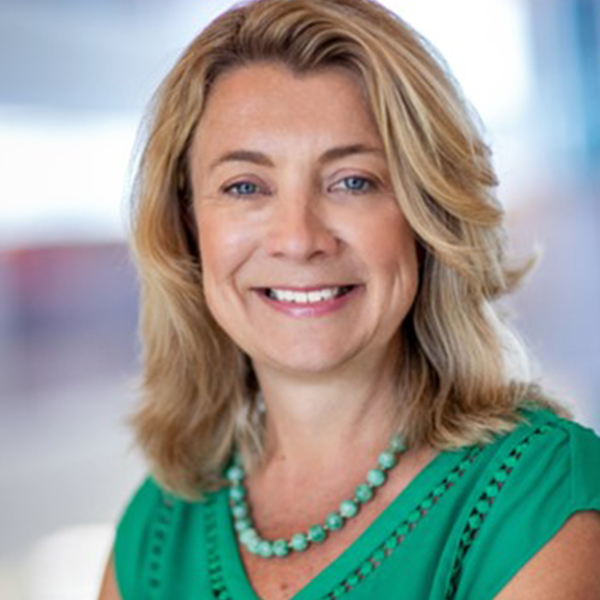 As Senior Vice President, Major Markets, Catherine is responsible for the BMS commercialization business in key markets outside the U.S., a total of 16 countries including Japan, Germany and France, and over 4000 employees. The company portfolio of innovative prescription medicines spans therapeutic areas including Oncology, Hematology, Cardiovascular, and Immunology, with many recognizable brands including OPDIVO, REVLIMID, ELIQUIS, and ORENCIA.

Previously Catherine was a senior executive at Johnson & Johnson (J&J). In her last role, she was President, Immunology at Janssen Pharmaceuticals, responsible for leading the largest single business unit within J&J. The business included 5 marketed brands, over 1000 employees, and served patients within the areas of dermatology, gastroenterology, and rheumatology. Previously, Catherine was President, Infectious Diseases where she led the U.S. commercial business in making a difference in the lives of people living with HIV. Catherine began her Johnson & Johnson career as a London-based sales representative. During her more than 25 years with J&J, she held leadership roles in Pharmaceuticals, Medical Devices and Corporate Innovation in the U.K., the U.S., and global organizations. With a passion for digital connectivity, Catherine established the first North America Pharmaceuticals Digital Governance Board and digital champions’ team at Janssen and served as Digital Governance Lead for North America. She also served as the first leader of the Janssen North America Culture Team, and in her role as Diversity & Inclusion lead for North America, Catherine built the first Employee Resource Group Council.
Catherine is passionate about developing people, improving the lives of patients suffering from serious disease, and serves as a career mentor for many. In recognition of her efforts, she received the Healthcare Businesswomen’s Association Luminary award in 2018, and represented J&J at Forbes ‘NexGen’ most powerful woman in Pharma. 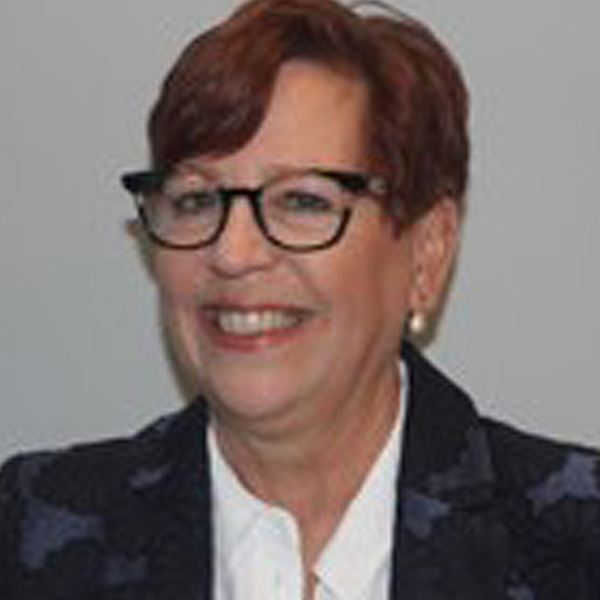 Over 25 years of experience in clinical development and consulting. Fully engaged in the ideas and technology being used to innovate around the ways therapies are developed and delivered to the world.

Kathleen has been with Syneos Health since 2010, and currently works to identify opportunities to harness data and digital technologies to improve trial execution and commercial success. She monitors the digital health environment, supports business development efforts and looks for ways to partner across the organization, as well as with Vendors and Customers. Working with colleagues from across the organization, Kathleen is a champion for Dynamic Assembly, adoption of methods to enable Decentralized Clinical Trials, and knowledge sharing across the enterprise.

Early career in management consulting for Life Science and Investor organizations, founder of a strategic consulting firm, and has worked within CRO organizations with a focus on Strategic Planning, Organizational Development and technology strategy.

As Director of Science and Research, Dr. Amy C. Moore combines her expertise as a Ph.D.-trained virologist and cancer researcher with over a decade of non-profit experience to help advance GO2 Foundation's science initiatives, with a particular focus on cultivating partnerships and new research studies with our sister organization, the Addario Lung Cancer Medical Institute (ALCMI), as well as stewarding collaborations with patient groups and managing our grants portfolio. Before joining GO2 Foundation, Amy spent 10 years building research capacity in the state of GA, where she served as the Director of Research Programs for the Georgia Research Alliance, a public:private partnership founded in 1990 that helped recruit leading scientists across GA’s research universities and created startup companies around new technologies and discoveries emerging from university laboratories. She also previously served as Director of Research Programs for the Georgia Cancer Coalition, which leveraged GA’s tobacco settlement dollars to build a nationally-recognized cancer initiative, with a focus on recruiting top researchers and launching a statewide biorepository. Amy earned her Ph.D. in Microbiology and Immunology from Wake Forest University School of Medicine and holds a B.S. in Biology (Phi Beta Kappa, summa cum laude) from Furman University. As a postdoc at Vanderbilt University Medical Center, she studied molecular mechanisms of acute leukemia development as an American Cancer Society Fellow. Amy also earned a professional certificate in Research Administration from Georgia State University, where she was in the first graduating class of the Executive Leadership Academy for Women and served as an adjunct faculty member in the Department of Biology and frequently taught a cancer course in the Honors College. 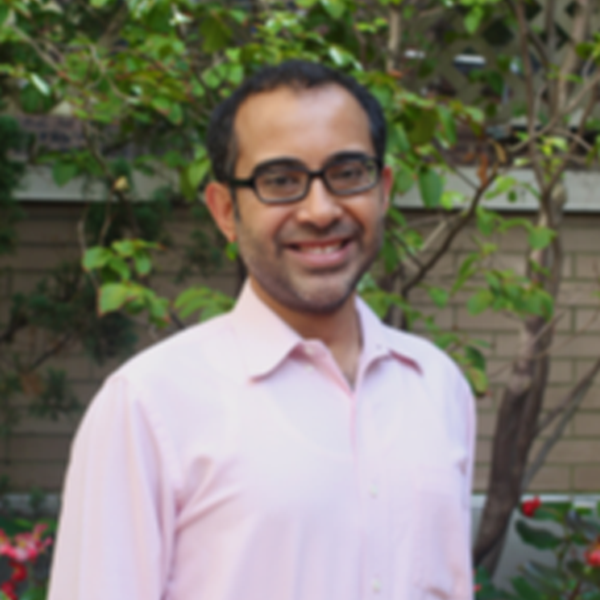 Upal Basu Roy is Vice President of Research at LUNGevity Foundation, the pre-eminent lung cancer patient advocacy group in the United States. In this capacity, he directs both the Translational Science Research Program and the Patient-Focused Research Center (Patient FoRCe). Within the Translational Science Research Program, Upal guides the award administration and peer review of lung cancer translational research grants, as well as the monitoring and evaluation of research projects that focus on improving outcomes via early detection and improved treatment options. Within Patient FoRCe, he designs, implements, and manages all phases of research studies that seek to understand the lung cancer patient experience and identify unmet needs in education and access to care. Specifically, he manages protocol development to project execution to recommendations on how to incorporate Patient FoRCe research study findings into clinical practice. Upal has spearheaded several multi-stakeholder research projects that aim to increase access to lung cancer screening, biomarker testing, and clinical trials for lung cancer patients.

Upal firmly believes that lung cancer advocacy is a continuum that ranges from activities focused on individual patients to those spanning communities, organizations, and policy makers. As a patient research advocate, he works with the United States Food and Drug Administration, the National Cancer Institute, other patient advocacy groups, and pharma partners on policy initiatives to make clinical trials more streamlined and patient-centric.

Upal has over 10 years of translational cancer research experience in the laboratory. He has a PhD in Cancer Biology and an MPH in Global Health Policy and Management. Upal is a published author and serves as peer reviewer for translational science and public health journals.

“The patient-doctor relationship is very important to me. I enjoy personal encounters with my patients and families. Those relationships are key to leading successful, jointly developed plans to improve symptoms and long-term health.

Medicine is not only a part of my life, but also my wife’s who works as a nurse. We have three children. We have a daughter at Myers Park High School, another daughter at UNC-Chapel Hill and a son at the University of Georgia. Outside of the office, I love golf and cheering on the Charlotte Hornets.”

Tryon Medical Partners is a new company performed by the exit of nearly 100 physicians as part of a multispecialty group from Atrium Health, formerly Carolinas healthcare system. Our group includes internal medicine physicians, gastroenterologists, endocrinologists, cardiologists, rheumatologists, dermatologists, sleep medicine physicians, and pulmonologists. Tryon Medical Partners is in the process of initiating clinical research programs and most all of these clinical specialties.

My background stems from 14 years at Johns Hopkins medical school and hospital where I completed an MD and a PhD degree. My PhD degree was actually in neuroscience-basic science rather than clinical research. However I was involved in translational research during that time. I also completed my residency in internal medicine and my fellowship in gastroenterology as well as a postdoctoral research fellowship at Johns Hopkins. Subsequently, I joined the faculty at Vanderbilt medical school and Medical Center. While there, I became the interim director of the GI division as well as director of clinical research.

Now that our group of doctors at Tryon Medical Partners has recently become independent, we have taken an interest in developing a significant clinical research program. Within gastroenterology we are participating in multiple clinical trials involving reflux disease, eosinophilic esophagitis and gastritis, Crohn's disease, ulcerative colitis, hereditary hemochromatosis and others. I am a principal investigator on several of the studies. This program is new and in fact has been delayed in its start up, somewhat, because of the COVID-19 pandemic. 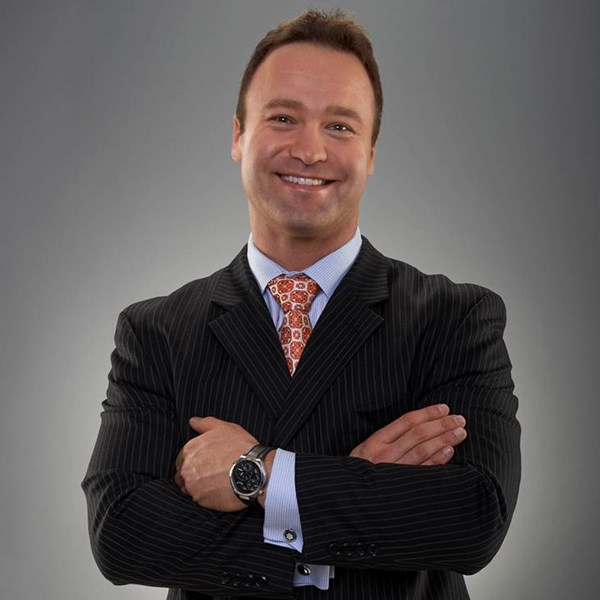 Dave Craig is a two-time cancer survivor, oncology researcher, and patient experience champion. He is CEO and co-founder of GRYT (“grit”) Health, a digital health company that connects individuals with similar experiences and engages them to inform, support, and facilitate improved disease management and patient well-being.

Through GRYT’s global oncology platform and work with the top healthcare organizations, we help advance the treatment, care, and experience of those affected by cancer. We do this through research, marketing, and clinical trial services that put people and caregivers first, integrating the patient experience – from early-stage treatments through long-term survivorship – to ultimately improve health outcomes.

In his recent TED Talk, Dave describes how he has catalyzed personal adversity, patient experience research, and digital technology to create a platform to connect, empower, and transform the living-with-cancer experience.