In a post-COVID world, advocacy organizations will face increased pressure to meet their mandates with fewer resources and fundraising capability. Coalitions offer a simple and effective way to pool resources, share information, improve problem-solving, and increase awareness. In this session, we will investigate the impact of coalitions on patient advocacy and explore best practices for forming, managing, and improving coalitions so that effective patient advocacy can continue through the challenging times ahead. 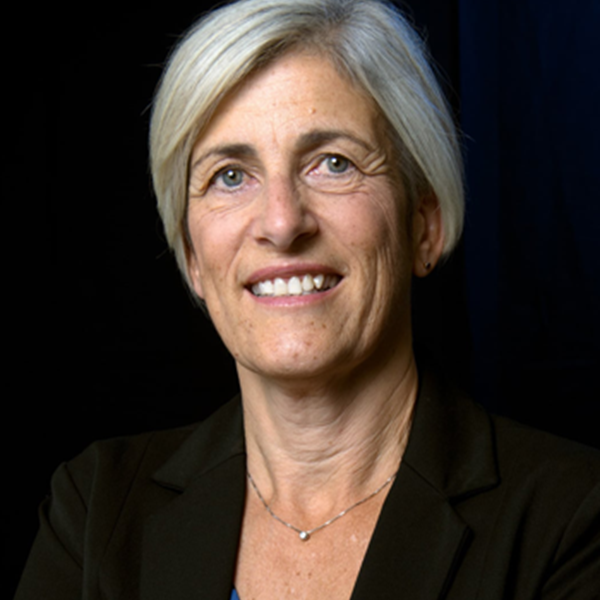 For more than 20 years, Pat Garcia-Gonzalez, Chief Executive Officer of The Max Foundation has been dedicated to improving the lives of cancer survivors around the world. A native of Argentina, Pat has a master’s degree from the University of Washington and a technical degree in nursing. Pat is the co-founder of The Max Foundation, started in 1997 in honor of her step-son, Max.

Under Pat’s direction since 2005, The Max Foundation is dedicated to increasing global access to treatment, care and support for people living with cancer. Each quarter, the organization channels over a million defined daily doses of life-saving cancer treatment to patients in 66 low- and middle-income countries. The organization carries out its daily work in partnership with a global network of 220 physicians and 70 patient associations.

Pat is an advisor to the CML Advocates Network, the International CML Foundation, and on the Board of the Partnership for Quality Medical Donations. In recognition of her tireless efforts on behalf of patients worldwide, Pat has been honored with the CEO Award from the Union for International Cancer Control; the distinguished Golden Tennis Shoe Award from United States Senator, Patty Murray; the first National Cancer Institute Global Cancer Medicine Humanitarian Award; and the inaugural Emerging Regions Support and Partnership (ERSAP) Prize by the International CML Foundation for her role in leading The Max Foundation.

Pat lives in Edmonds, Washington, where she raised her four sons. 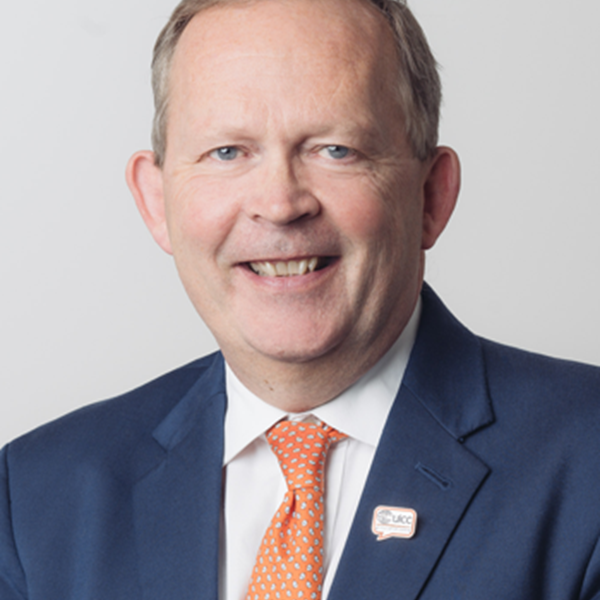 Born in London, Dr. Cary Adams has a BSc Honours degree in Economics, Computing and Statistics from the University of Bath, United Kingdom and a master’s degree (with distinction) in Business Administration. He is a Harvard Business School Alumni having attended the school’s Executive General Management programme in 2003.

In 2009, Dr. Adams made a career change, moving from the management of international businesses in the banking sector to become CEO of UICC based in Geneva.

UICC unites and supports the cancer community to reduce the global cancer burden, to promote greater equity, and to ensure that cancer control continues to be a priority in the world health and development agenda. Its rapidly increasing membership base of over 1100 organisations in more than 170 countries features the world’s major cancer societies, ministries of health and patient groups and includes influential policy makers, researchers and experts in cancer prevention and control. UICC also boasts more than 50 strategic partners.

Dr. Adams also serves as a member of the Board of Directors of the NCD Alliance, a coalition of around 2,000 organisations working on non-communicable diseases, which include cancer, diabetes, heart, respiratory, mental and neurological diseases. He is also an advisor to the City Cancer Challenge Foundation and the McCabe Centre for Law on Cancer. 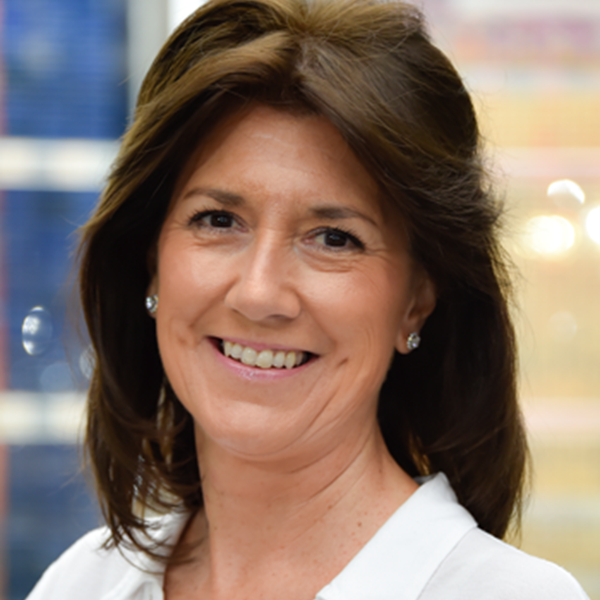 Trudie Lobban MBE, FRCP Edin, established STARS (Syncope Trust And Reflex anoxic Seizures) charity following the diagnosis of her daughter with RAS and at the request of her paediatric neurologist in 1993. STARS has developed into an international non-profit organisation and Trudie is recognised worldwide as a patient expert on syncope and unexplained loss of consciousness.

Trudie was instrumental in organising and campaigning to introduce new standards in the UK for arrhythmias and sudden cardiac death with the successful launch of an extra chapter in the National Service Framework on Coronary Heart Disease by the government and Department of Health in the UK in 2004/5. Trudie went on to establish the Arrhythmia Alliance - The Heart Rhythm Charity®: working together to improve the diagnosis, treatment and quality of life for all those affected by arrhythmias.

A-A is a coalition of charities, patient groups, patients, carers, medical groups, policy makers, politicians, government officials and allied professionals. Although these groups remain independent, they work together under the A-A umbrella to promote timely and effective diagnosis and treatment of arrhythmias.

In 2007, due to the high demand for information and resources on atrial fibrillation, Trudie launched the AF Association.

Trudie has provided a unique partnership between healthcare professionals, politicians, policy makers, patients and caregivers and allied professionals. Trudie was recognized for her Services to Healthcare when being made a Member of the British Empire (MBE) in the Queen’s Birthday Honours list in 2009.

The Charities Commission has congratulated her on providing such a service. All three charities are now international and established in more than 40 countries; Trudie is President/Chair internationally.

She was recognised for her contribution to medicine when she was made an Honorary Fellow of the Royal College of Physicians.

Trudie continues to bring together and facilitates individuals and groups to ensure best practice is identified and shared and reducing duplication of work. Such an example is the establishment of the Heart Rhythm Congress www.heartrhythmcongress.org which is unique in the world as it brings together patients and healthcare professionals, politicians, policy makers and industry over a four-day period to share and present latest research and treatment options.

Trudie is Chair or member of numerous Advisory Boards both nationally and internationally and is author/co-author of numerous publications and research projects. She sits on many committees – NICE, NHS, PHE, NICOR, NIHR, NHS SCIP, NCSPLC, AF Screen, BHRS & BCS Council, and numerous research committees – the only non-medical person to do so. Her services are called upon globally where she presents or contributes on the importance of patient involvement and HCP education to improve outcomes in the patient care pathways and delivery of health services. She is also an author and co-author of numerous medical papers relating to cardiac arrhythmias.

Trudie has personal experience of living with arrhythmias – first her youngest daughter suffering with RAS, followed by the death of her husband in 2008 from sudden cardiac death. Both her parents have been diagnosed with atrial fibrillation (AF). Trudie is called upon globally to provide expert advice and opinion from not only the patient perspective on living with health conditions but also from a policy and medical viewpoint – thereby improving services, reducing costs and ensuring the patient care pathway provides the optimal outcome. Trudie has presented and participated regionally, nationally and internationally at medical congresses and patient/carer meetings, including the European Society of Cardiology Syncope Taskforce, British Heart Rhythm Society, Cardiac Society of Australia & New Zealand, United Arab Emirates Cardiac Society, Heart Rhythm Society (USA), Cardiac Society of South Africa, European Heart Rhythm Society, Uruguayan Cardiac Society, Latin American Cardiac Society, Canadian Cardiac Society, International Association of Patient Organisations (IAPO), the All Party Parliamentary Medical Group on Devices, the Labour Party Conference Health Forum, Patient Link Programme and European Federation Neurological Society. She is a regular speaker at the annual Heart Rhythm Congress in the UK where she is Chair and organiser. Trudie also co-Chairs the All Party Parliamentary Group on AF where AF Association acts as secretariat, and the All Party Parliamentary Group on Arrhythmias.

STARS www.stars-international.org celebrated its 25th anniversary in 2018 and launched ‘Take Fainting to Heart - there is no such thing as a simple faint’. Arrhythmia Alliance www.heartrhythmalliance.org has placed over 3000 automated external defibrillators through its ‘Defibs Dave Lives’ campaign www.defibssavelives.org including in police cars in the USA. Trudie was asked to present to the FBI to raise awareness and education its members on the importance of knowing CPR and the use of an AED. AF Association www.afa-international.org has led various international initiatives including the ‘Know Your Pulse’ campaign www.knowyourpulse.org.

Trudie has authored and co-authored numerous papers, appeared in many journals, written a chapter for ‘Cardiology Clinics’ as well as involvement in countless media outlets. She has been interviewed on numerous TV and radio in the UK and globally including Australia, Argentina, Uruguay, Italy and media tours of USA talking on syncope, AF and arrhythmias. Trudie regularly meets with government officials, ambassadors, health ministers, royalty and Prime Ministers as well as Members of the European Parliament to highlight the need for improved services for people with cardiac arrhythmias and those delivering the service.