Technology and the sharing of personal stories combined can have a profoundly positive impact on patient care and well-being. In recognition of National Diabetes Month in the United States, Paul von Autenried, executive vice president and chief information officer at Bristol Myers Squibb, will share his personal story of living with diabetes as well as the impact technology has had in his own journey as a patient and in his work. Additionally, Melodie Narain-Blackwell, entrepreneur, health advocate, and founder of Color of Crohn’s and Chronic Illness (COCCI), will speak to the significance of living with Crohn’s disease, and how her experiences have brought to light opportunities for increasing health literacy, eliminating disparities and enhancing patients’ access to quality care. We will then conclude our session with Working Group breakout discussions. 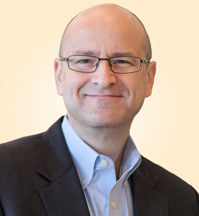 Paul von Autenried heads Bristol Myers Squibb’s Information Technology organization, positioning the company for success in the rapidly evolving digital age.  He is focused on ensuring the company’s information assets and operations are reliable, accessible and secure, driving the digitization of the company, adopting new approaches to digital health, and continuing an innovative approach to long-term partnerships with key IT service delivery companies.

“It’s an exciting time to lead an IT team as advances in technology are providing new opportunities to streamline our lives in unprecedented ways, including managing our health,” Paul said. “Delivering digital capabilities that accelerate the company's work of bringing innovative medicines to patients is both a challenge and an honor.”

Throughout his experiences in domestic and international high-tech, consumer packaged goods, and biopharmaceuticals companies, Paul's career has been focused on strategically leveraging information technology to drive superior performance. Before joining Bristol Myers Squibb, Paul held positions with Kraft General Foods, Hewlett-Packard and IBM. He serves on the Board of Trustees of the PennMedicine Princeton Healthcare System, and on the Board of Directors of Quick Base. 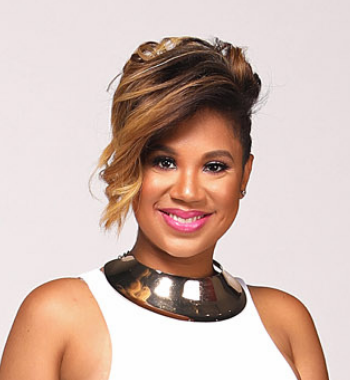 Melodie Narain-Blackwell is a serial entrepreneur and health advocate, who has always been passionate about supporting others and encouraging them to dig deep to pursue their purpose. Her belief in God has been the source of her drive and inspiration. As a multi-ethnic woman of faith, she has built businesses that represent all of the parts of who she is. Though she has been a part-time entrepreneur for more than 15 years, Melodie began her full-time entrepreneurial journey in 2018 after she was laid off from her full-time job. Unapologetically, she took a leap, putting her full trust in God, completely believing that he would provide for her as she pursued her dreams and purpose.

Concurrent with her lay-off and leap of faith, Melodie was diagnosed with Crohn’s disease, which has been an arduous ongoing battle for her life. Facing this health challenge head-on, led her to become a passionate health advocate for people of color who battle chronic illnesses. She launched Color of Crohn's and Chronic Illness, Inc (COCCI) in September 2019; a nonprofit that has the mission to advance the quality of life of minorities that are facing gastrointestinal and other debilitating illnesses.

Melodie, a native Washingtonian, was raised by a single mother who modeled  resilience and fortitude. While her mother was a strong believer in  traditional education, she also introduced Melodie to entrepreneurship at the age of 5. Melodie’s paternal grandmother was an immigrant who was a self-educated entrepreneur, a real estate investor/developer, and the owner of a laundromat. While her grandmother couldn’t read beyond a low level, her business acumen enabled her to provide for her family. As a child, Melodie spent a lot of time with her grandmother, and the lessons she learned shaped her  strong work ethic and inspired her to pursue self-employment.

Melodie graduated from Berkeley College in Manhattan, New York with an A.A.S. in Fashion Marketing and Management, and a B.A. in Business Administration. She also completed coursework for an MA in Human Resources and an MS in Psychology. During college, Melodie worked with many celebrities and participated in numerous New York Fashion Week fashion shows. While she loved the fashion industry, she slowly discovered that a career as a fashion designer may not be her destiny. She could not shake the desire to own and operate a business that would provide opportunities and financial freedom for others, enabling them to prosper as a result of their own strengths. After college, over a span of 15 years, Melodie worked as an executive assistant to three different CEOs. She called these years her “on-the-job training” years, where she learned what she loved and disliked about Corporate America.

Early in her entrepreneurial career, Melodie owned and operated a successful event planning business. This experience led to her first foray into television when, in 2013, she was a cast member of the docu-series “Four Babies and a Wedding,” on Discovery channel. Melodie was the event planner for the Abubakers’ wedding in Aruba, which was a focal point of the show. Melodie was also a partner in the ownership of a bridal boutique in Urbana, MD.

In 2017, Melodie appeared on BETHer (formerly Centric TV) to pitch her company, Sole Savers, Inc., on the  competitive reality show, Queen Boss. In 2018, Melodie became very ill and lost her full-time job, but that didn’t stop her from launching Smile Capital Recovery, Inc. (SCR), a business that she felt spiritually led to pursue. Often battling sickness, but keeping God as her primary partner, she used her “good days”, when she was feeling healthy, to pour into her businesses. In 2019, SCR would prove to be her most lucrative effort thus far, growing to half a million dollars in 8 months.

Entrepreneurship gave Melodie the flexibility and freedom to work on her physical healing, operate her businesses, mentor small business owners, and advocate for the chronically ill. Running various businesses for over 15 years confirmed for Melodie that business ownership was both her passion and her purpose. With a number of  years invested, Melodie has seen many blessings and lessons come to pass and she now spends her time  sharing these lessons with others. Melodie is a trailblazer dedicated to helping other business owners reach the fullness of their potential. She believes there is a biblical foundation for everything she does, and teaches others to apply these spiritual principles as well.

In addition to her professional successes, Melodie is especially proud of her family. She is a committed wife to Ronald, and a dedicated mother to their children, Zaden + Zarie.